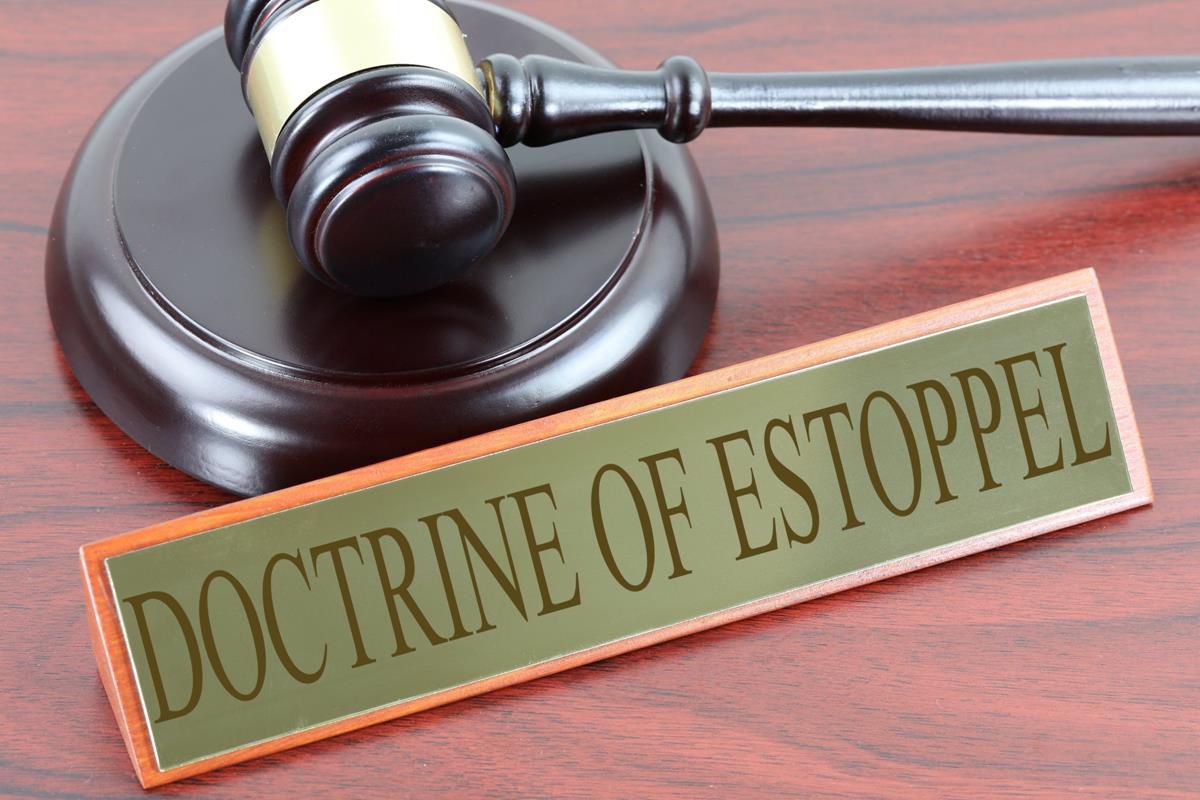 Applicability of Promissory Estoppel to Governmental Action – A Tale of Broken Promises?

“A promise made must be a promise kept.” - Aristotle

Aristotle’s position on promises relied on the ideal, that promisors would choose to act in a virtuous fashion and honor their promises. The reality is much different.  It is not uncommon to see promises or representations being dishonoured, when they become inconvenient or circumstances change.

To ensure the fulfillment of promises, the Doctrine of Promissory Estoppel was evolved. The Doctrine of Promissory Estoppel is used to enforce promises that have been made and acted on by the other person, who alters his position due to the same.  Rooted in the principles of equity, Promissory Estoppel is part law and part equity. It is recognized under Section 115 of the Indian Evidence Act, 1872. It is also used by the Courts to prevent persons from resiling on promises, assurances or actions which caused the other party to believe something to be true and act on such belief, in cases where there is no formal contract.

Promissory Estoppel against the Governmental action

The Doctrine of Promissory Estoppel has seen a great deal of evolution in India. Originally, the Courts had maintained that the doctrine would not be applicable against the government in the matter of the operation of any statute. However, the Supreme Court, for the very first time, in Union of India vs. Anglo-Afghan Agencies Ltd., applied the doctrine against the Government.

After an earthquake in Kutch, the Government of India announced a scheme vide the Central Excise Exemption Notification No.39/2001-CE dated 31.07.2001 for incentivizing businesses to encourage setting up of new industries in the district of Kutch. The Notification granted exemption from excise duty to goods produced by new industrial units set up in Kutch prior to 31st July 2003 (subsequently extended to 31st December 2005) up to an amount equivalent to the duty paid in Cash/Personal Ledger Account (‘PLA’) on finished goods, for a period of 5 years from the date of commencement of commercial production. Attracted by the exemption provided, the Respondents set up new industrial units in Kutch District.

Subsequently, on 27th March 2008, vide Notification No.16/2008-CE, the Original Exemption Notification was amended, providing that the benefit of refund would be granted with reference to the value addition, which was notionally fixed @ 34% for the commodity manufactured.

The Respondents had relied on the original notification and set up new industrial units in the district of Kutch. Due to the amendment, their incentive by way of refund was reduced to 34% of the duty paid from the original incentive of the entire duty paid in cash. The Respondents contended that the amendment served to change the entire basis of the original exemption, midway into the promised period of 5 years. Therefore, they alleged that the notification No.16/2008-CE violated the Doctrine of Promissory Estoppel.

The Supreme Court upheld the subsequent notifications and set aside the impugned orders that had been passed quashing and setting aside the amending notifications as being hit by the Doctrine of Promissory Estoppel. It held that the subsequent notifications were clarificatory in nature and were issued in public interest and in the interest of revenue. The notifications merely attempted to achieve the actual objective of the original notification and do not take away any vested rights and therefore cannot be said to be hit by the Doctrine of Promissory Estoppel. It also held that the same can be applied retrospectively and cannot be considered irrational or arbitrary.

While, the doctrine is certainly held to be applicable to Governmental action, the applicability is not absolute. Over the years, various Judgments have given clarity as regards to the circumstances where the doctrine would not apply. These are –

i. Against a statute

iii. Where it would be inequitable to hold the government by its promise

iv. Where the promise is unconstitutional or against public policy

Therefore, if the Government can justify their actions as being covered by any of the above, Promissory Estoppel would not hit such actions. Indeed, what can be distilled from the various decisions over the years is that the applicability of Promissory Estoppel to governmental action may differ from case to case and is by no means a certainty.

Why is this important?

This latest judgment gains particular significance in view of the present COVID-19 outbreak and all the schemes, relaxations and exemptions being offered by the Government for reviving the economy. The similarity between the circumstances in the above case and the present circumstances cannot be ignored.

Several incentives and the fiscal exemptions are being extended by the Government to businesses to aid the recovery of the economy and the businesses from the aftermath of the COVID-19 outbreak. These exemptions and incentives will certainly benefit the businesses to whom they are extended. However, any business which avails of these exemptions or benefits would be best served to keep in mind the possibility of the withdrawal of the said exemptions or benefits in the coming years. The best approach for businesses would be to plan for the future with cautious optimism and prepare for the eventuality of such a withdrawal.

Such a situation may or may not arise in the future, but good, sound and cautious planning will protect these businesses from being caught flatfooted if it does. Businesses would be wise to follow the policy of maintaining a continuous dialogue with the government as regards the efforts undertaken in furtherance of such incentives. Some other prudent measures may include quantifying and crystallizing the losses, should the incentives be withdrawn abruptly. Indeed, in view of the abovementioned case, the best policy, in these uncertain times, is to hope for the best and plan for the worst.